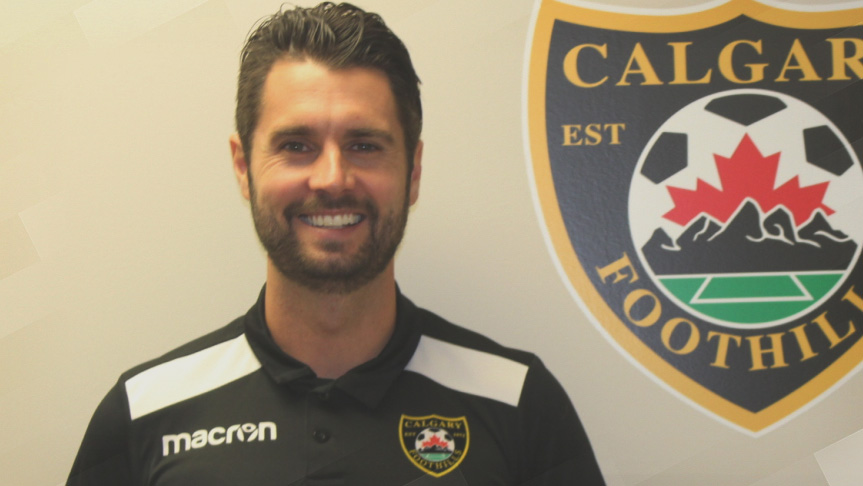 What we want to do is centralize all data.Thanks to PSD we now get measurables to see if we are actually improving our players.

Please introduce yourself briefly
My name is Jonathan Wheeldon, Academy Director of Calgary Foothills Soccer club and I’ve been here since 2013. A lot has changed since 8 years ago and so far it has been a good ride.

How would you describe your club?
We always talked about changing the landscape of Canadian soccer, that was the original mission of our club. We believe in developing excellent players and outstanding people, we are very forward thinking in how we do things. If you read the success of the club in terms of producing players for the professional league, our academy aligns pretty well with the original mission.

What does the organisation of your club look like?
So we start at U4 and we go all the way to U23, right underneath our professional team Cavalry. On the female side it goes all the way to the UWS, which is the second highest league in North American female soccer.

In terms of structure we have a manager for different phases: From U4 to U8, players are in the fundamental phase of our club. From U11 to U15, we have our development phase and from U16 to U20 we have a generation phase.  We have an Academy Director - myself - who oversees all the phase managers and finally there is the Technical Director who is the visionary and who thinks about the business and what’s next for the players. Also we have 2 administrative staff members and 3 data analysts supporting the club.

Why did the club choose ProSoccerData as a management tool?
In 2017 I was on an educational football trip and I visited the academies of Standard Liege and Anderlecht to learn about what they do and how it could make our club better. From a performance perspective we wanted to learn what kind of systems these clubs were using because they are developing so many talented young players. Via Anderlecht we got to know ProSoccerData for the first time. What we wanted to do is centralize all data: from physical and performance data to feedback and technical data. Thanks to PSD we now get measurables to see if we are actually improving our players.

With so many staff members, how did you get everybody on board?
Unfortunately due to covid we were not able yet to push this to all of our team coaches just yet, we still have to educate them but they already know the reason why we are going to use PSD. At the moment all the full time staff members are using it after some intensive training. It’s not an easy system but in the long run this will make our jobs easier.

Your club makes 1 on 1 calls with players to discuss personal development. Tell us a bit more about that.
Every 6 months we have these calls from U11 and up only. We have 650 to 700 players in this category. In the past players got their feedback on a paper and eventually they got lost. Now with PSD, all feedback on an individual level is stored in a central place. Because we haven’t played any games in the past year, our feedback was currently based around technical skills. We would give them a technical skill they should improve over the next 6 months and hopefully we can show that through video clips from the games we will record. This way our feedback will become more interactive for the players.

Which initiatives did the club take during this pandemic to stay in touch?
We organized a lot of ZOOM trainings and we sent some technical and physical videos that they could exercise at home. We’ve tried to encourage their physical literacy and good health. From a PSD perspective we’re not at the level we want to be yet but hopefully this all changes on June 10 when games potentially start again.

Where do you recruit players?
We get whoever signs up for our programme. Players come for our programme, coaches or facilities. In the past we had - and still have - a lot of successes with our players. We’ve beaten Chelsea at U14 level which was a very special moment for us.  We don’t necessarily recruit but we identify players and recommend them to come to our club.

How do you communicate with players and parents?
Team coaches will have whatsapp groups or TeamSnap. We have the individual connection via Zoom or ProSoccerData. Every 6 months we also host parent evenings for each individual team to explain the club structure, use of tools and individual planning.

What club achievement are you most proud of?
We’ve won both ProAm leagues - men and women- that was a special moment for us. On the men's side we actually won the whole USL championship in 2018. On the female side we won the Western Conference twice and got to the final in 2019 but lost unfortunately.

From an academy standpoint we’ve won 8 national championships and we’ve got a lot of players that have gone into the professional and university environment, something which we are very proud of. 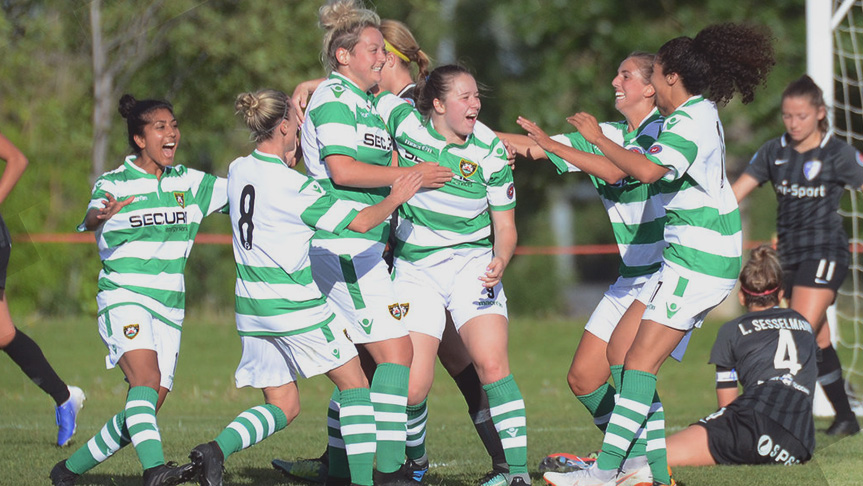 What do you want to achieve in the next 3 to 5 years?
We actually defined our 5-year goals last year. One of those goals is to introduce a Performance Center, which includes the use of ProSoccerData. The next step for us is to introduce the psychological side of the game where we work on mental skills. Another big goal is the development of a professional women’s team and the creation of a second league underneath the Canadian Premier League.

What will be the first thing you do when you can go back to the club?
I’ll try to make sure everybody has fun! From a video perspective we will be filming games as soon as we can so we can create educational videos for the players. From a coaching perspective, most importantly is to make sure the kids have fun again during the first couple of games. No pressure!

Thank you for your time!